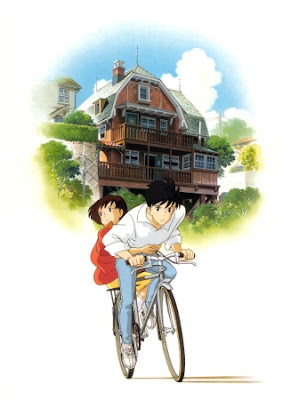 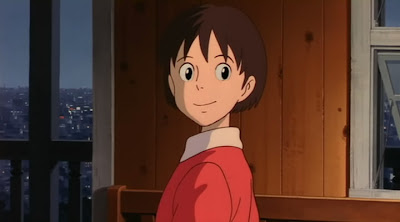 Seriously huge eyes for an Asian.

Shizuku is a junior-high school student who is struggling to discover her true self. The entire movie doesn’t span a large amount of time, but we follow this troubled soul as she attempts to control her daily life, first love and uncertain future.

The main plot of Whisper isn’t overly complicated. As a matter of fact, it’s simple, but with certain delicate intricacies

Rather than being dull, as many love-story-animes can tend to be, Whisper reveals quite the endearing tale. Kondou manages to find an appropriatly relaxed paced for the film, evoking even more of the nostalgic, lovey-dovey feel of the movie

The story itself is based on a manga by Aoi Hiiragi. I was very pleased with the strong focus that Kondou chose from the manga: discovering ourselves. It’s difficult to find someone who has not tried to understand themselves better, or even try to figure out what their presence means in the world. What we want to be when we grow up? What were we meant for? Or how Sonny asks, “Do you think we were all created for a purpose? I’d like to think so.” I could rant about the purpose of mankind and meaning of life, but we’ll save that for another time. 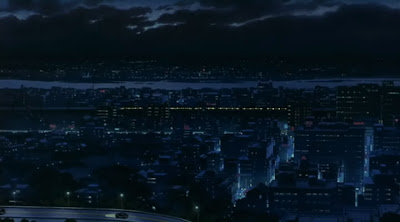 This would take me years to paint and finish.

Wonderful. Just wonderful. Being standard Studio Ghibli quality, I can’t complain. The backgrounds are excellent. I wish I could draw/paint/color the way they do in these movies. It’s utterly amazing to me. Not only are they detailed, but there’s an artsy charm that my heart all warm and fuzzy. It’s a nice contrast to the somewhat plain drawing of characters due to animation limitations. Although the colour palette that is used is a bit dull (not vivid), I find it as a nice subtle touch to add to the overall mood. Typically, while the characters faces are a bit rounded with shallow eye colorings, I find that aspect of them all the more adorable. A plus with this style of drawing, however, is the potential for facial expressions. Studio Ghibli manages to portray the emotions needed to make the story believable. 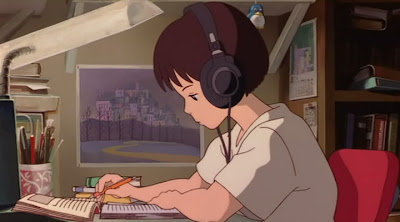 Those headphones sorta look ahead of the times…

Although the main theme song, “Country Roads” is in English, I find that it fits the movie appropriately. Having Shizuku translating the lyrics into Japanese was also an original element of the movie. I was amused at Shizuku’s “Concrete Roads” version, because somehow, the mock-words fit perfectly and actually made sense. Shizuku could’ve probably been a songwriter instead of a novelist. Voice casting was strong too. I’m not too knowledgeable about voice actors, but Issei Takahashi did a great job with Seiji (Shizuku’s love interest), considering how he was around 15 when he voiced the role (Seiji has Takahashi’s only voice acting role to date).
Youko Honna, who voiced Shizuku, was 16 during the production, and after looking at her photo– GOD  she looks pretty. xD 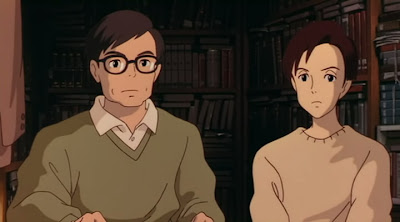 If my dad scolded me as nicely as this dad does, FREEDOM!

The main characters turned out to be slightly generic for me. Their personalities never solidified even by the end of the movie.

It was difficult for me to understand whether Shizuku was driven by her own determination, or by the expectation of Seiji.

Although you could consider both being a vital force in Shizuku’s transformation, I thought it should have been more distinguishable. Despite some of the characters motivations being CLEAR but a bit non-specific in my view, Shizuku, Seiji, and the rest of the supporting cast are all likable. For some reason, I also found Seiji to be strikingly cute but mature.

The growth through this movie was remarkable. The transformation Shizuku lives through is comparable to Shindou Hikaru’s growth in Hikaru no Go (and THAT spanned over 74 episodes!). Shizuku responds to her problems immaturely at the beginning, but as she is affected by those she meets, ie. Seiji’s grandfather, his music pals and Baron Humbert vonGikkingen. Baron was actually one of my most influential characters. Even though the Baron was actually only a inanimate doll, the detail that was put into drawing Baron out was remarkable, and the idea about having his eyes glint at sundown was a very nice effect. It added a glimpse of small magic for me. Additionally, when Shizuku decided to write about Baron, her version of Baron brought out another fantastical side of Baron that I hadn’t totally realized. It struck me then how different things are perceived and imagined; I thought Baron was more of an uptight, respectful fellow and not a riding-the-clouds, all yoda-dumbledore-esque type of character.

SPOILER!
One scene that I thought was too cheesy/unrealistic was the “MARRY ME” scene. Although I thought that it was COMING, it was a bit IN YOUR FACE, especially after Seiji’s momentary 2 month trip, which is actually quite a short time. Realistically, there are some people who get engaged after only a couple weeks or months of dating, but lawl, this all occurs in the span of 2 hours (no need for smirk comments about time relativity) literally.
END SPOILER!

So, with that, my analysis is complete, and we move on to screenshots/observations:

My first run through happened to begin at 1:00 AM, so I sorta half-slept through it, but after watching this movie a second time, I picked up both important and probably psuedo-important things. 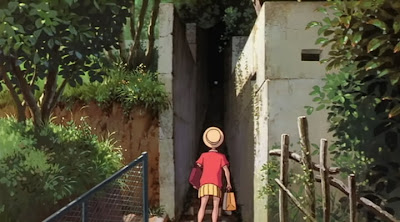 Gimli: That road there… where does that lead?
Legolas: It is the road to the Dimholt, the door under the mountain.
Eomer: None who venture there ever return. That mountain is evil. 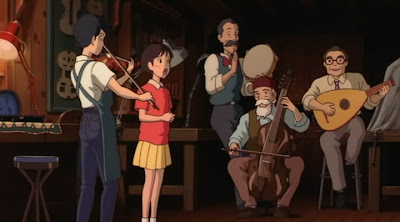 Seriously my most favorite scene in the movie. 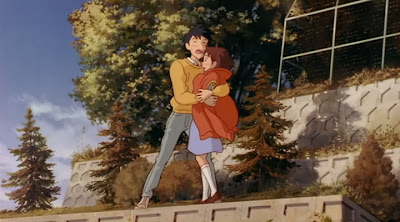 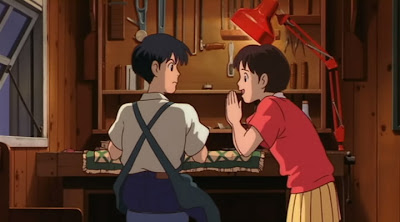 I hate it when people ask me to play something for them. 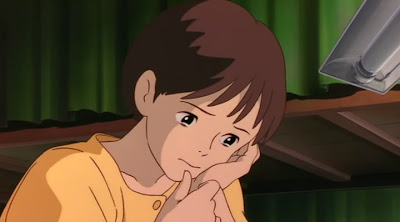 Did you know that I cried when I read the Sparknotes Version of Les Miserables? 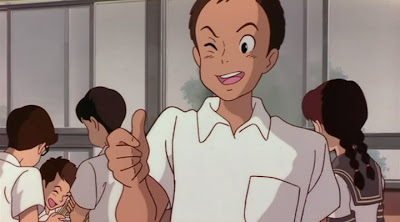 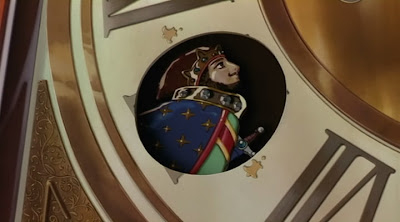 I seriously found this very romantic; waiting every hour. 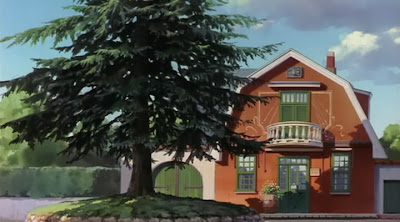 And I thought the colors were nice. ^.^

OK. Since It’s so late at night, I will write my last comments some other time.
I’ll also try to post more screenshots next time as well.